The Voyager missions were able to reach the outer planets because they used planet-sized gravity engines. The rocket that nudged them out of Earth’s gravity was a fraction of their power.

The only fuel these gravitational engines required was the initial angular momentum of the solar system left over from when it formed, so it was free and ready to use — Voyagers didn’t even have to bring it with them.

However the engines only work literally when the planets align — a Grand Tour of the solar system’s gas giants was possible only in 1977 and technology available to do it was only available for 1977.

I like the idea of learning via analogy, so, what can we use personally from the alignment of the planets and the Voyager missions?

It is rare to find and realize a preplanned, multistage trajectory of success
The more complex and amazing, the less likely. For the complex interactions that determine your personal life trajectory, these are rare and take much planning. Don’t expect them but never discount that planning ahead can lead to great things.

A Grand Idea can attract Grand Efforts
It takes many people working together to realize a single trajectory. This applies to spacecraft and personal success. Doing it alone is not realistic or best use of reality. The realization that the Grand Tour trajectory even existed was that of one graduate student, and 11,000 person years of effort were ultimately invested in building Voyagers and seeing them through the Tour. In a way the trajectory of serendipity and effort was as grand and unique as that defined by the solar system’s alignment.

Take advantage of the gravity wells and momentum in your environment
The real boost in your success comes not from your own engines but by heading where the opportunity is — follow the attractive forces and gain momentum from other’s momentum. While you are there, learn as much as you can.

Stick to something
Voyager missions are in their 40th year. The Grand Tour is their reason for existence, with long intervals of silence and steady preparation, grand moments of excitement and discovery — a story of stories

Redundancy works
Voyagers were effectively many spacecraft coexisting in the same hull, ready to take over for one another, and in many cases this saved the mission. The math is this — with two redundant systems of 10% failure probability each, the total system can be 10 time more reliable than without redundancy. Have a backup plan if failure is not an option.

Stay flexible
Voyagers were the first spacecraft with upgradable operating software. New tricks like data compression, workarounds for hardware failures were all used to rescue the mission from the unexpected. Stay flexible and open minded and grow beyond what you are now.

Have an audience
If Voyager had simply stored all its images and data on its internal tape, it would have been a failure. The goal was to learn and discover and share. An audience for efforts justify the effort and focus it — it keeps you coming back to the task when other motivations have faded.

Don’t overpromise, when you can overachieve
Voyagers were advertised as Jupiter-Saturn missions with an option for Uranus and Neptune encounters. Ever since then, JPL and other spacecraft mission designers have carefully divided efforts between what is the Mission and what is the Bonus. The mission is what you promise, the Bonus is what you strive for.

What you are doing can inspire as much as where you are going
The gold-anodized phonograph assembled by Drake, the Sagans and others and attached to the Voyagers contained examples of the best of humanity — photos, music, and greetings. It is one of the most well remembered outcomes of the mission, and was achieved before launch, and has a near-zero chance of mission success. What it did was show us how we would introduce ourselves as Human. The takeaway is that your efforts are really yours — other people might be capable of the same thing or greater, but why you did something is purely personal and what matters most.

The watches that most people really want are not the ones that will be found easily in person. When you finally see a watch in person that you have seen many times online, “tough” decisions can suddenly become very clear – you know what you like and what you don’t. Why?

Online comparison shopping is just that – comparing youtube review and photo galleries against one another, but these are relative comparisons. There is a certain absolute baseline that is missing, because the reality of the object has not impressed itself yet – it is still ephemeral. The sense of touch, the refraction and reflection of the materials, weight, and especially fit of the piece on your wrist are all still X-factors, and yet they are some of the biggest ones.

Here are a few factors I did not think would matter to me until I saw and felt them in real life:

So, I never really considered any of these parameters until I tried several pieces in peron, and saw how much they mattered – going from non-considerations to prerequisates. A watch is a tactile, three-dimensional art piece, and also an extension of your physiology. non of this easily is transmitted on even the best youtube review, so the takeaway is don’t buy blind

Margaret Hamilton with some source code, maybe from the Apollo Guidance Computer project. The code was woven into rope-core memory (left). Changes to that were not easy. Astronauts used the interface (right) to access AGC functions

Code is easy, I was told, because it is mutable – it will always be growing and changing – hopefully growing in capability, not in complexity. It is hard because you can paint yourself into corners – you create the maze that you solve and your tools can become your torture devices if you are not careful.

This is not a prescriptive journey, the core concept is that the reader understand the trade-offs and why they continuously re-appear in every development process – software development is a holistic process and choices are pragmatic – meaning they are made based on the best information available at the time, and on the fundamental assumption that software will be refactored when new information comes along.

The book is no more static in its approach that a development project and no more judgemental that a good fellow code reviewer.

This is a read for a practising professional that has been heads-down a bit too long, or a new graduate who wants to understand some of the more enigmatic comments on their pull requests. It can be read on a weekend and will broaden perspective. I appreciated most the last sections on testing and behaviour-driven development

Some of the main metrics that the author emphasizes is ‘cost effectiveness’, i.e. time cost now and time cost in the future, and Joy, which is measured in the ease of manipulating and traversing a code base to adapt it to new capabilities. These are the two most meaningful things a developer can measure, since they impact every day of their careers.

After watching The Martian you might be craving more realism, more Mars, more mission control, more space exploration, more survival stories, or just better acting. Here are a few documentaries, books, and other movies and how they are related to The Martial, aside from the usual “same director” and “same Matt-saving” 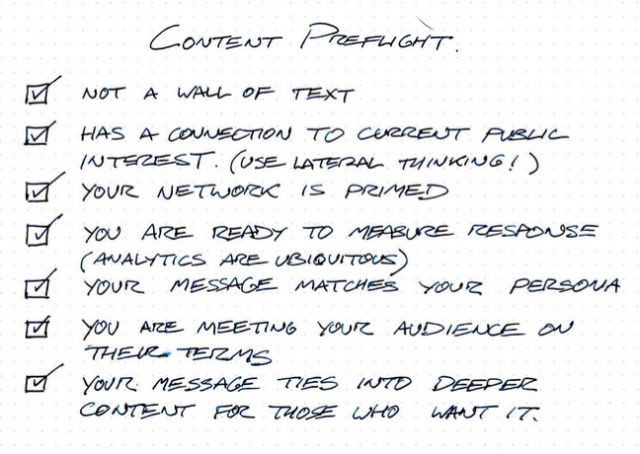 Think about the last time you found out something really interesting to you online – was it something you were even aware existed when you started looking, or was it a series of links that brought you further from your starting point but closer to what you wanted? Were you even looking for it at the time or did it ‘find’ you through your connections your other interests or a combination of those? Like the perfect Christmas gift, you never even knew you wanted it till you had it.

END_OF_DOCUMENT_TOKEN_TO_BE_REPLACED

The fuzzy side of data is probably uncertainty. Here is a quick overview of viz methods for showing what you don’t know visualisingdata.com: Visualizing Uncertainty 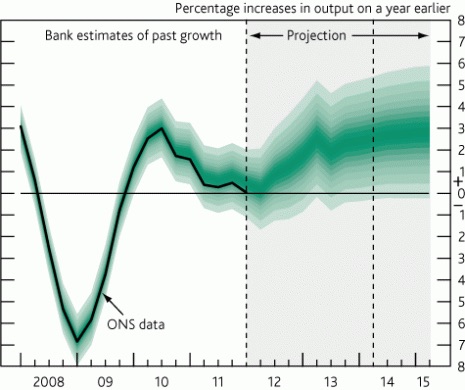